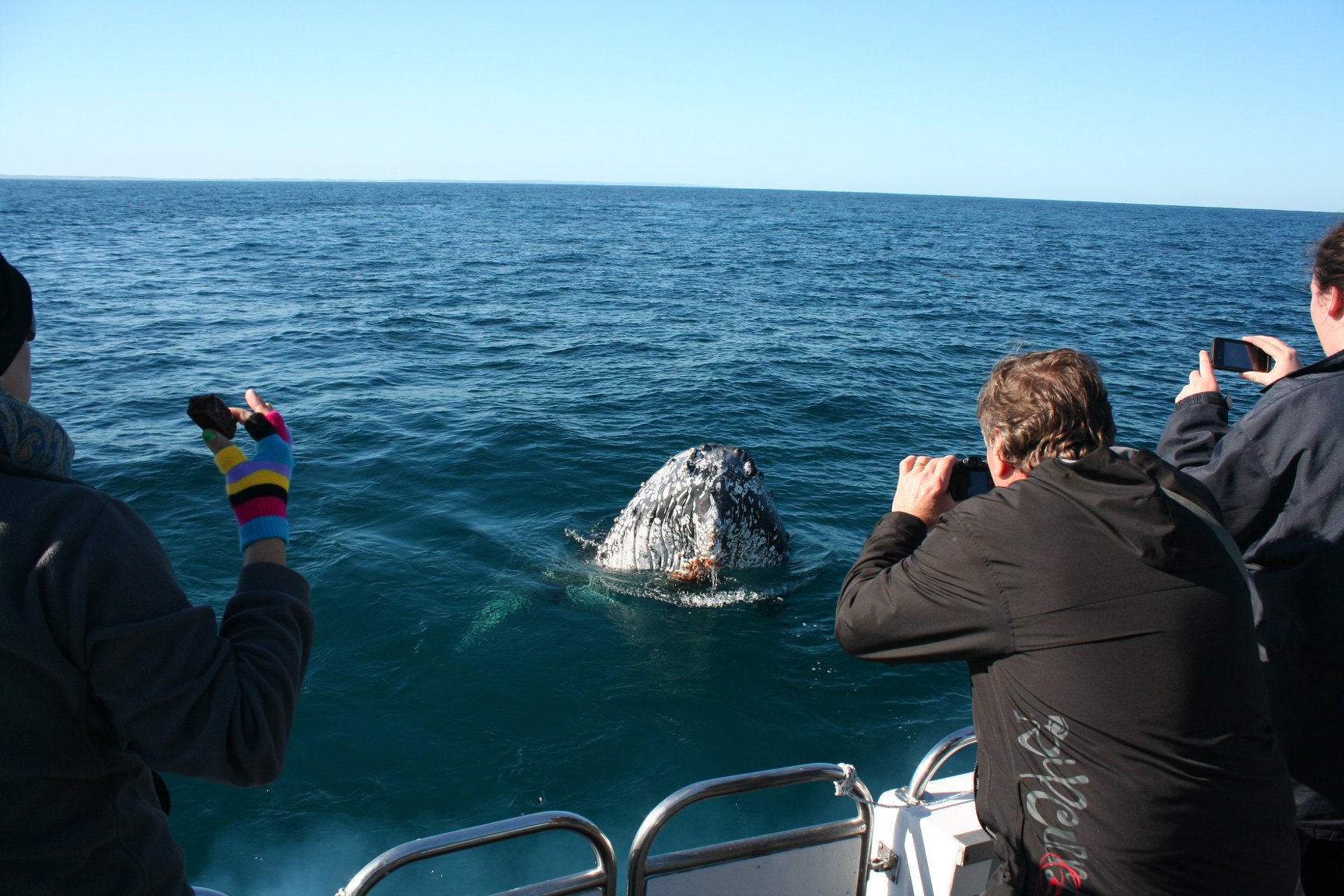 Due to rules and guidelines vessels are not allowed to approach whales within a certain distance, this is for their safety and comfort. So when we get treated with close whale interactions it just makes it even more special knowing that they chose to come and check us out, do you have any fond whale memories, would love to hear about them 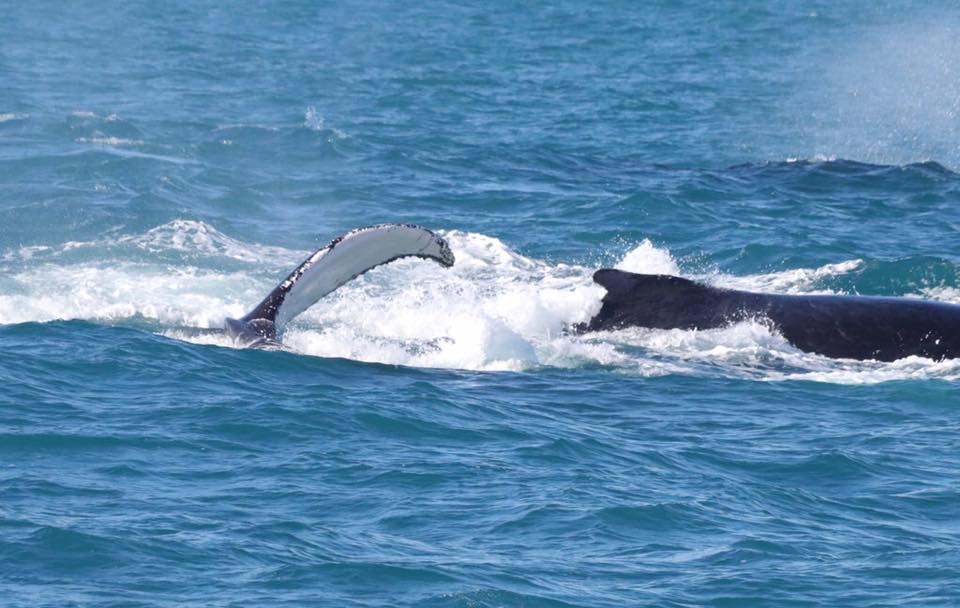 As we cruised out this morning a competition pod was sighted immediately as we left the marina. Some good action between competing males, pec slapping and tail slapping, creating quite a stir in the water. We came across two more pods during the tour, and a lovely Southern Right whale and calf just off the beach. 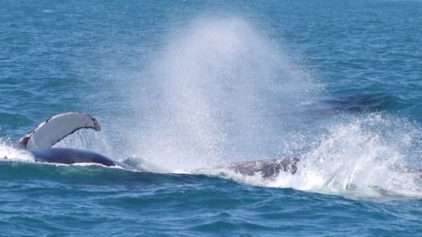 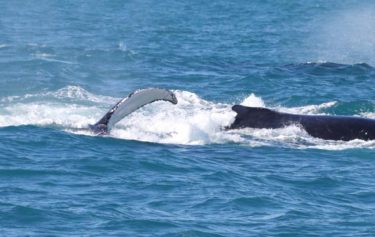 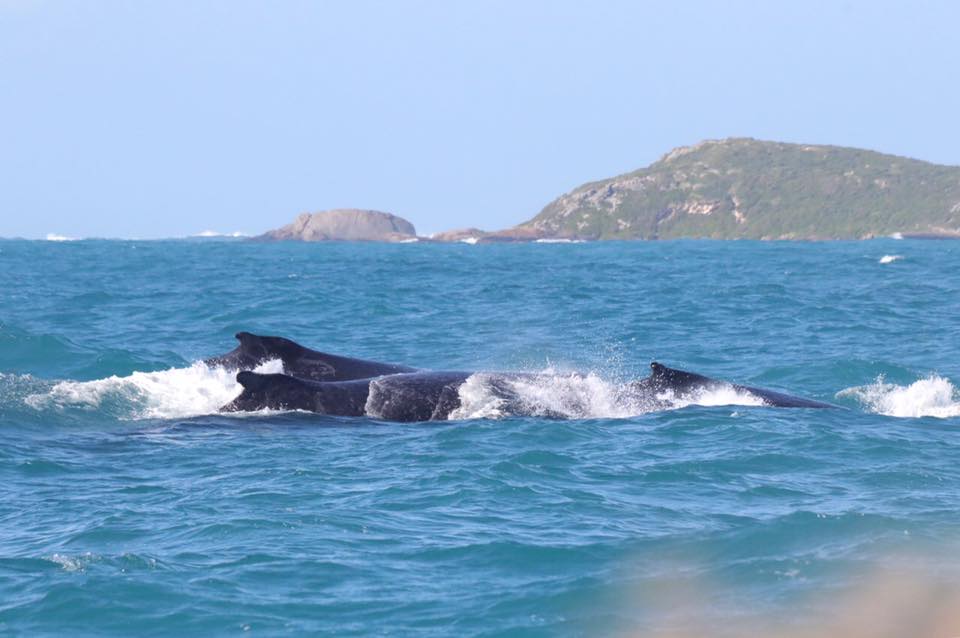 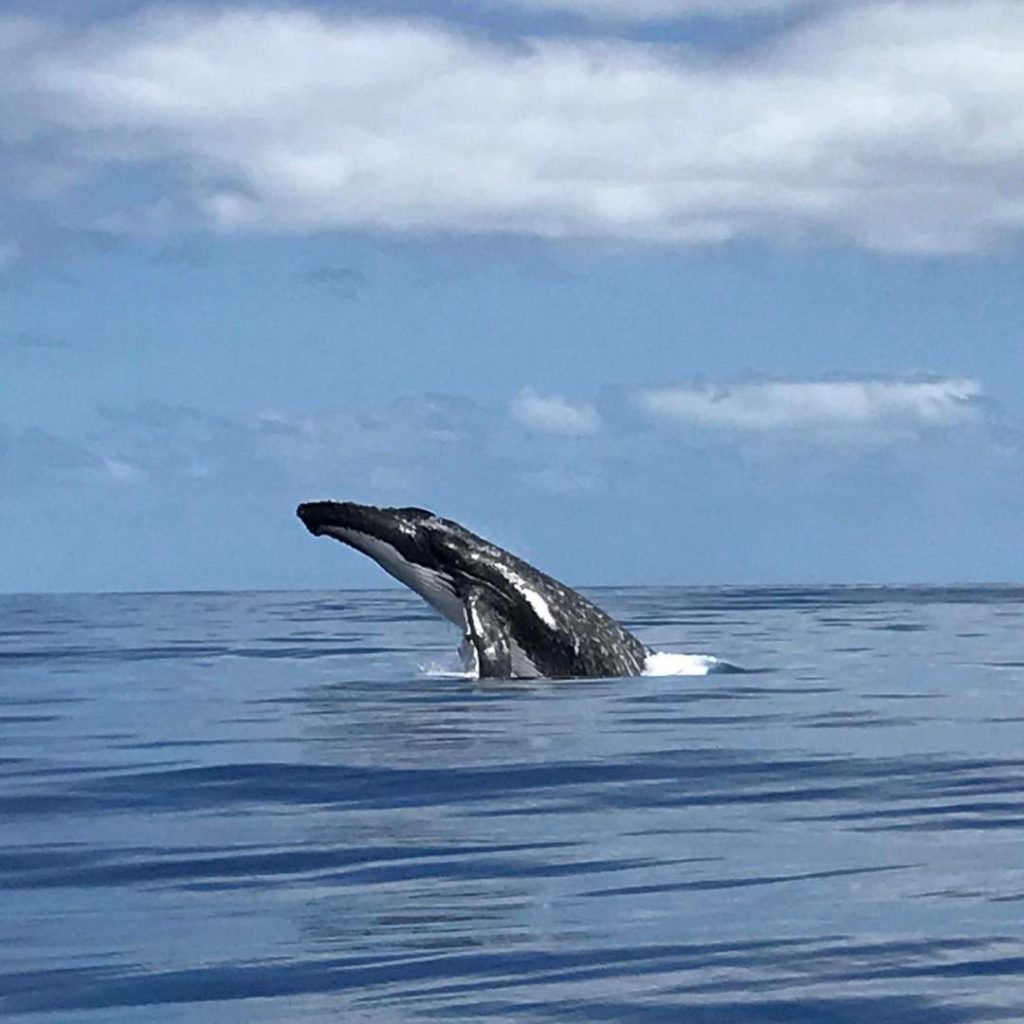 You know you’ve had a fantastic day when your able to see 3 different species of cetaceans on one tour! Just this morning we saw over 20 Humpbacks, 3 Southern Rights (including a mother and a calf) as well as a pod of dolphins! The dolphins didn’t want to leave the whales alone weaving in and out of the first pod of spotted Humpbacks stealing our attention between each surface!

The sheer amount of blows lit up the bay leading us to our first competition pod for the day instantly. The group of 6 appeared to be charging through the bay surging from the east and creating their own bow waves by displacing 45 tonnes of water with each stroke. The pod of dolphins then appeared beside the whales ducking in and out of the narrow gaps between them.

The Southern Right whales (SRW) were found tucked into the corner where mum and bub were resting before making their journey further up the bay to the more protected waters of the reef. SRW’s that calve in Flinders bay do so very close to the shoreline in the corner of the bay before travelling out and resting in the reef. They’ll remain beside the reef for the duration of the season occasionally venturing out deeper into the bay to slowly introduce the calf to the conditions of the open ocean. The SRW calf, approximately a week old now would have been lifted on its mothers back for the first few days of its life to I inflate its lungs and teach It to breath. Now breathing on its own the week old calf is full of energy and playfully interacting with its mother, rolling in the shallows and creating its own little splash! 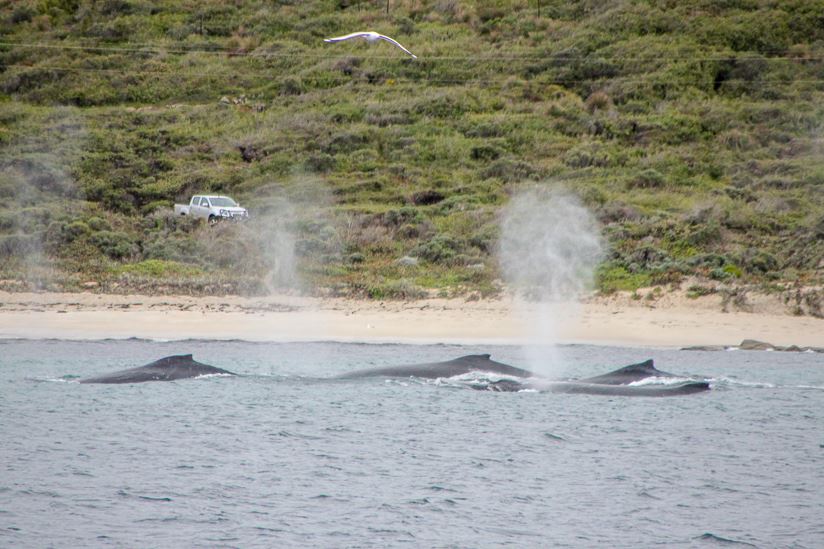 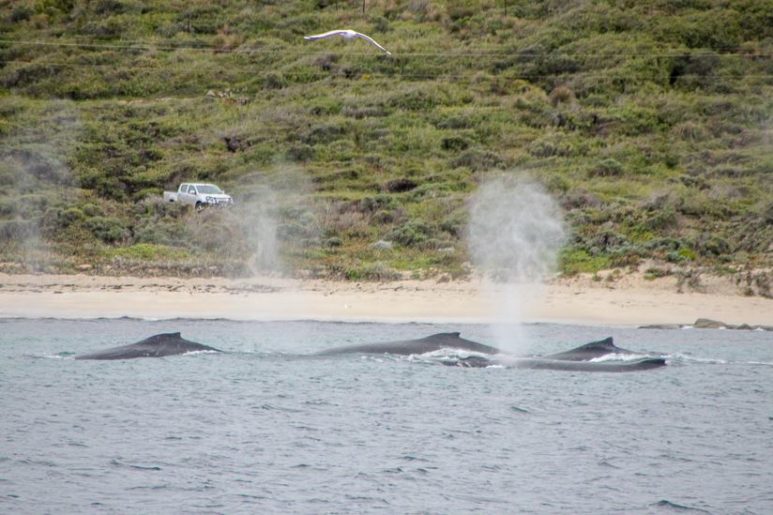 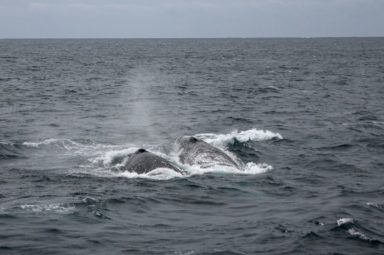 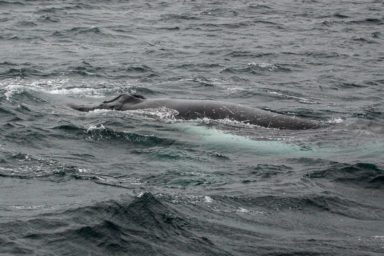 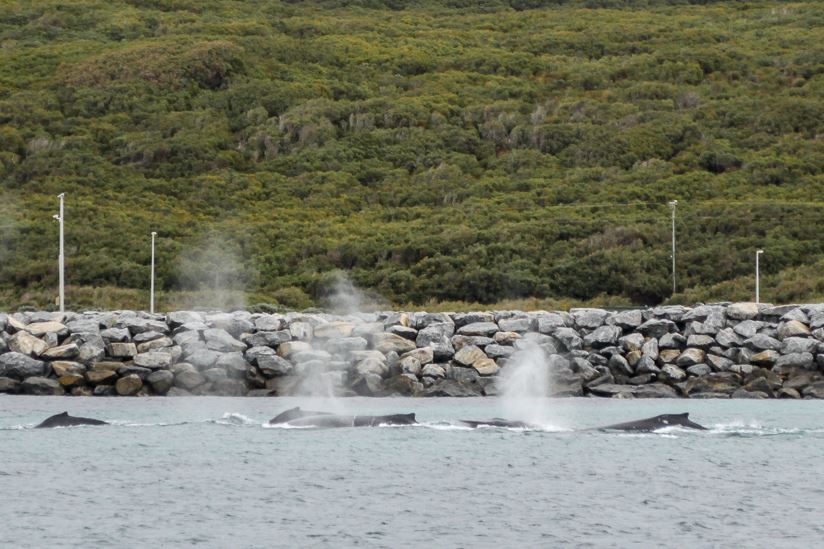